How to Boost Your React Native App Performance? 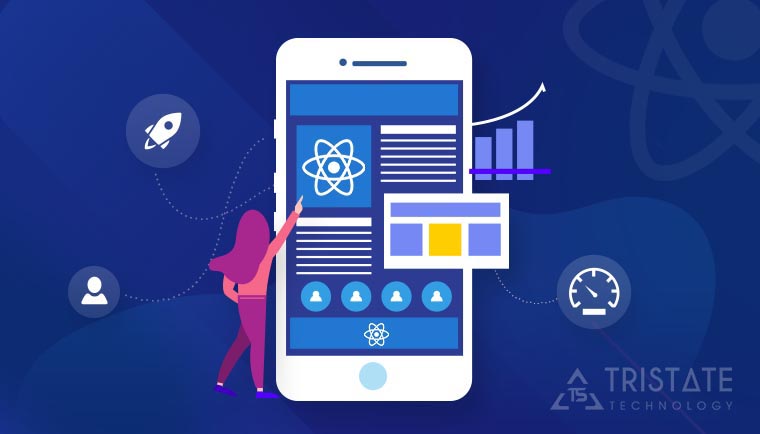 React Native has been widely accepted by developers and business owners all over the world as a highly preferred JavaScript library, since its early release in 2013.

For cross-platform app development, leading tech companies including Facebook, Walmart, Uber, etc. prefer React Native over other JS libraries to develop performance-driven apps at a fast pace. Both Android and iOS apps can be built by reusing the same code.

But are all apps built using React Native equally good in performance?

So, it is essential to consider the drawbacks or pitfalls of this JS framework to optimize your React Native app and boost the performance.

Here are the ways to avoid technical bottlenecks, remove the performance glitches and boost your app performance.

The apps that are built using React Native are highly dependent on the native components of the JS framework and third-party libraries.

Extensive use of these components in the app as per the project requirement increases its total size, which may cause app performance issues.

To boost the React Native’s app performance, it becomes vital to minimize the size of the application.

Image optimization is essential to keep the React Native app’s performance in check. The image consumes a large portion of the total app size.

By reducing the size of the graphics used in the app as discussed above, its overall performance can be improved.

Another challenge with the app performance due to images is the image caching. Caching makes the app to function slower, and hence it becomes essential to use the pictures that do not fail to carry over to the newly refreshed page.

The best way to get the images of the app screens designed in the right format such as PNG or WebP.

Though making these changes does not take a considerable amount of time, but they surely enhance the app’s performance.

Smooth navigation is one of the most significant functions of an app. It often happens that complicated navigation is developed based on project-specific needs. This can result in slower app performance and thus, requires improvement.

You can choose all the four major navigation components in an application, which are Navigator, Navigator iOS, Navigation Experiment, React Navigation in a well-defined manner.

The right selection of these components based on your app results in glitch-free user experience and native app-like performance.

A clean, clutter-free user interface of an app determines its success to a great extent.

But, most React Native developers find it challenging to work with the React Native framework. That inspired them to work more on the behavior of its UI components and their lifecycle.

To improve the app’s UI and even performance, a few different iterations should be made as discussed below –

5. Upgrading the Frameworks Along with All Its Packages and Libraries

Old versions of packages and libraries, if used in the app, can cause performance issues. Thus, you need to get them updated to their latest versions respectively.

Another thing that should be kept in mind is that after this upgradation process is over, it is also essential to test the upgraded app before pushing the code and making it live.

In case a good number of dependencies are found in the upgraded packages, the newer app may face functional issues. This clearly implies that the updated app further requires debugging, and all the faults that are found needs to be addressed appropriately.

6. Minimizing the Number of Caching Requests

One of the most common practices that led to slow performance of a React Native app is the higher number of caching requests than required.

All cross-platform apps built in React Native works perfectly when minimum caching requests are made.

Since different apps need to update data at different frequencies, the best solution to tackle this issue is to set cache duration as per the app-specific needs.

This means that for an app in which the data does not change at a high frequency, cache duration should be set at a higher value. This will prevent any unnecessary burden on the app.

On the other hand, when the app’s data needs to be updated frequently, the cache duration should be kept low.

This is one of the powerful ways to improve app performance.

A challenge with React Native frameworks is that it only allows you to render one thread at a time. This means you cannot execute multiple tasks altogether. For example, if you want to implement live chat and live video simultaneously.

Here, one task has to wait until the previous task is completed as it can result in serving only one function efficiently at a time.

Do your components actually need rendering again and again? Answering this question becomes imperative as it affects the performance of your React Native app.

Use the ShouldComponentUpdate function to check if your components require rendering and only render when it’s necessary to avoid slowing down the app performance.

Mobile applications always look for the load resources from a service or a remote URL. To provide these load resources, you try to make requests to fetch the data from the servers.

Such data is in the form of JSON and JavaScript apps can fetch JSON data slowly affecting the app performance.

So, it becomes vital for the React Native developers like you to simplify the JSON objects.

One of the core functions of Android devices include applications or OS processes running in the background. This function can lead to memory leakage in your React Native applications.

Most of the time, you’ve noticed that after you’ve launched your app, there are complaints from the end users that the apps get crashed if the change their screen orientation.
Now, to avoid this situation for your React Native app, you can use react-native-navigation for the Android devices. When optimizing screen orientation for iOS devices, you can go with the app’s root view.

If your app is not launched within a few microseconds, you will lose your end customers forever. So, you work on the points that affect your app launch time.

Object Finalizers come up with error messages such as, “You have insufficient memory,” and it closes your app abruptly.

So, avoid using the element, object.finalize to avoid slower launch times and boost the app performance.

Speed up your React Native App

To develop cross-platform applications, React Native is a highly popular framework all over the world. But along with all its benefits, it has certain limitations that have their effect on the app’s performance.

The challenges related to the app performance can affect your clients’ business. So, follow all the above-mentioned performance tips to optimize your React Native applications.

If you think you need expert assistance to boost your React Native app performance, talk to our experts who think, eat, and sleep React Native.