Top Reasons to Use React JS for Web Development 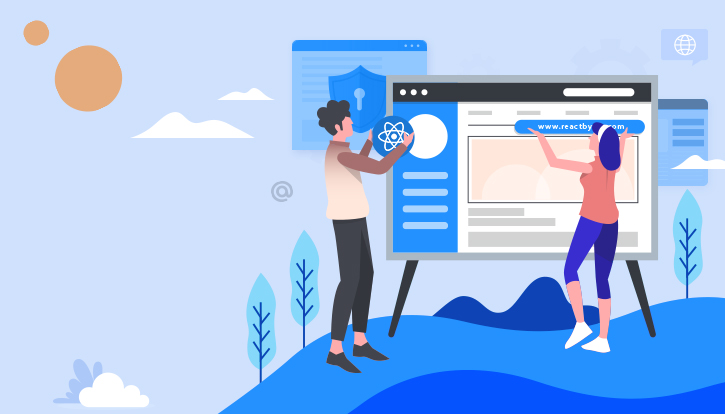 If often happens that the business owners like you who want to invest in getting the advance web applications built try to dig deeper about the underlying technology. Looking to develop web application, you would obviously want to know which programming languages or web frameworks are going to be used in your app development projects.

ReactJS, which is also known as React or React.js is used to build a hierarchy of UI components. In other words, it can be also be defined as a JavaScript library that is used to render UI components and helps in creating faster user interfaces. It is considered as one of the most popular JavaScript frameworks.

1. Better Performance of Websites and Apps

React.js uses virtual Document Object Model (DOM), which can be best understood as a viewing agreement on data inputs and outputs. This virtual DOM does the work of refreshing a specific page or an app screen only partially, thus leading to high-performing websites and apps. Along with the improved performance, React.js speeds up the programming process.

Initially, even the team of developers at Facebook could not imagine if partially refreshing a page would do wonders. They were just searching for a way to lower down their re-build time. Partial DOM refresh just happened to them as a result of it.

Furthermore, its use results in lowering the size of the final codebase.

As per the requirement, React can be implemented into a specific segment of a web page, notwithstanding its existing function or design. This helps the web and mobile app developers to control the speed of the migration process.

But React also requires a run time library to result in improved performance of the website or app. Thus, slower migration may have an adverse effect on it.

Take the example of Polymer JavaScript, a framework which is highly useful in creating self-contained customizable elements. These elements can be easily imported and used in any project.

Use of React ensures code reusability because of its ability to manage the rendering cycle for its components. Developers can set up the creation, distribution and consumption cycle of reusable code, which saves their time. As a result, it also improves their overall efficiency.

To make a web reach the targeted end consumers, getting the required SEO done is very important.  Search engines are striving to crawl havevy JavaScript base app. Use of React.js largely helps in the SEO processes, as the pages are rendered completely from the server and returns a virtual DOM request to the browser and renders it as a regular web page.

Certain tools that are used while using ReactJS provide the exact data about different code snippets that are called to generate different segments of the UI. This facilitates the developers in finding bugs and errors easily.

6. Easy to Learn and Use

Even for developers who are unfamiliar with React, it is easy to learn and understand this framework. This is contrary to some other frameworks wherein some extensive concepts, are to be first learned before using them.

If you want to get a dynamic, high-performance web app to be developed, choosing ReactJS will cover your needs.  Feel free to share if you want to know more about ReactJS web development service.