Why React Native is Best for Enterprise Mobile App Development? 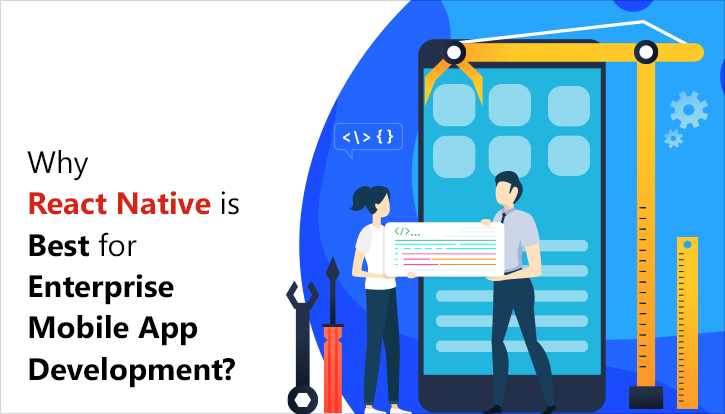 It can be considered that the modern, digital world is based on two things- the Internet and mobile apps. You can easily find incredible mobile applications with impressive features available for use for targeted customers. Ordering food online, learning lessons or sending money, it all is possible through mobile apps these days.

Particularly related to small and big businesses, people are investing in enterprise mobile apps to improve the efficiency of processes followed within their organization. These apps are built to save time and money, which can result in complete enterprise transformation.

Why do you need to develop an enterprise mobile app? 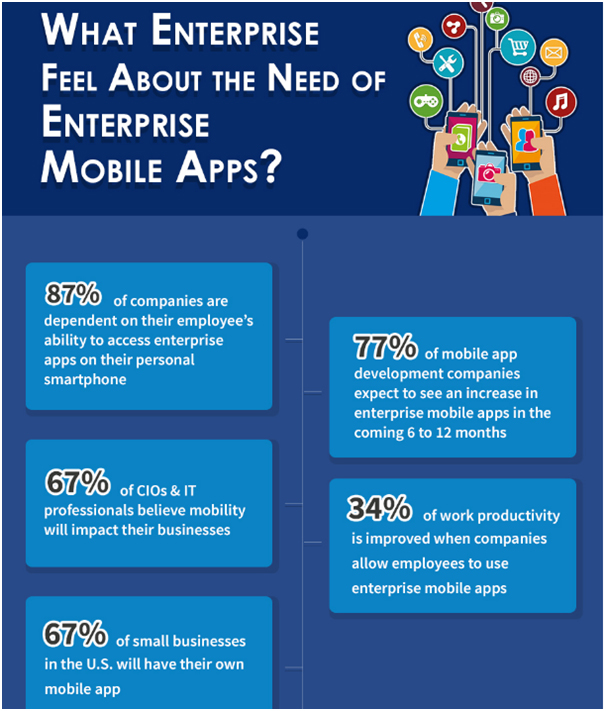 But, what if you want to get an enterprise mobile app developed and you don’t know whether your employees are using Android-based smartphones or iPhones? Obviously, that is their personal choice.

But, does that mean you will need to invest in getting two apps developed – one for Android users, and one for the iPhone users?

Here comes the intro of React Native Framework – Consider it as the future of cross-platform mobile app development.

What is React Native?

Technically, it is an open source framework using which a mobile app can be built only with JavaScript. It was introduced by one of Facebook’s software engineers as a good alternative to native mobile app development.

Developing an enterprise mobile app using this technology is comparatively easier, and it also leads to improved user experience.

You will be glad to know that React Native apps work and function just like native apps, or those built on Java, Objective C or Swift. That’s because they use the same UI building blocks.

You can even save money by getting a React Native app developed for your enterprise, and in less time too.

1. Ease of Getting Helped by Community Experts

React Native is an open source framework. This means that all its documentation is open for use by React Native developers across the globe.

Having an app based on community-driven technology will be highly advantageous for your enterprise. That’s because you and your hired team of app developers can easily get helped by the React Native community if some development-related issue arises.

Similarly, you can find information related to React Native app development within the community online.

Not just that, you can also get recognition for writing a code that others can use and implement within their projects. Generally, app developers are willing to share their experiences with others in the React Native community. This creates a helpful environment that encourages them to learn while they work and write code.

Also, React Native is highly supported by Facebook developers. They have also established a forum to communicate with other app developers and help them up.

2. Reusable Code for the Android and iOS Apps

Another advantage of using a React Native framework is that you do not need to write separate code for Android app and an iOS app. In fact, around 80 to 90% percent of React Native code can be reused in the apps for these two platforms.

Reusability of code is one reason behind the increasing popularity of this open-source framework. It can cut the time as well as the app development costs significantly. If you have a web-app based on React Native already in place, its code can be reused to build a mobile app for your enterprise.

Furthermore, this framework has a library of pre-built components that can be used to pace up the app development process. These components must have been written for some specific functions, which you can deploy within your app without having to write the code from scratch.

In terms of mobile user interface, you might have heard about React Native being compared to other frameworks, like AngularJS or MeteorJS. But it would be better to describe it as a JS library than a framework.

The mobile app development is more about creating a sequence of app screens to be followed by end users. It can be best done by using React Native and results in highly responsive, smoother UI. You can also expect your enterprise app to have the least possible load time.

For some specific needs, an app developer may not find certain components available in the React Native framework. It happens because this technology is still growing. To provide additional support to the app developers in such situations, this framework has native modules and JavaScript modules available as complementary third-party plug-ins.

Let’s first understand what a modular programming is all about-

It is more of a technique that makes a bigger program divided into a number of independent blocks or modules. These modules function independently, but also in coordination with other modules to define the functionality of the parent program.

React Native has this modular architecture in place that helps developers to upgrade the apps in less time. Once created, these modules can be reused with both web and mobile APIs.

It may sound more technical, but ‘hot reloading’ is an impressive feature of React Native framework. In simpler terms, it refers to the ability to change the code and see the results almost instantly, without recompiling the app. 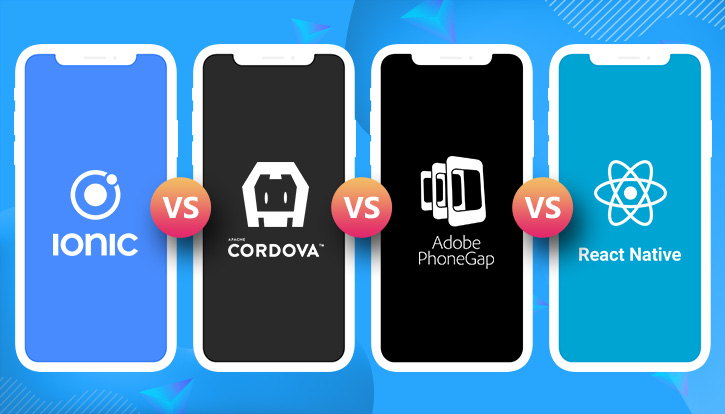 A few years back in time, the native mobile app development was highly based on Ionic, Cordova and PhoneGap. These are all cost-effective app development frameworks at that point in time. But as time changed, developers found them unable to meet their clients’ expectations. Next in time, React Native then took their place and has turned out to be a good alternative to develop mobile apps for diverse business related needs.

Ionic, Cordova and PhoneGap, all are used for the development of hybrid apps. Also, they are interrelated with each other.

All these frameworks essentially lead to the development of a website embedded in a mobile app. The same is not true in case of the apps built on React Native.

Apps built with React Native will have their code written in JavaScript, but are rendered using native components. This makes the UX of these apps resemble native apps. They can’t be called mobile web apps, HTML5 apps or hybrid apps. Comparatively, these apps come with better performance and smooth animation effects/features.

You can really distinguish between the apps that are built using Objective-C or Java and those built with React Native.

Advantages of Moving from Ionic, Cordova or PhoneGap to React Native

One of the biggest problems of continuing with hybrid apps is their slow performance. They run well on high-end phones, but not as perfectly as you want them to. Greater problem related to their performance exists in low-end smartphones.

Obviously, a business owner cannot have his say on whether his end consumers should use a high-end or a low-end smartphone. The choice of a smartphone is more individual in nature.

Plus, a good proportion of smartphone users use just a few apps, such as Facebook, YouTube, etc. majorly. This has set their expectations about an app’s performance high enough. They want every new app they install into their phones to perform swiftly and match their expectations.

It is where hybrid apps fail to live up to their standard. They may lead to poorer user-experience, including keyboard misbehavior, gesture recognition issues, etc.

With all these issues, the popularity of hybrid apps is declining with time. Apps built with PhoneGap, Cordova and Ionic have shortcomings in them. Diverse popular brands are getting their hybrid apps rebuilt using React Native because of the following advantages:

As per all the advantages of using React Native Framework detailed above, it is best for diverse businesses to get an enterprise mobile app developed using it. It will save their time and money too.